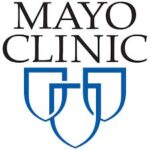 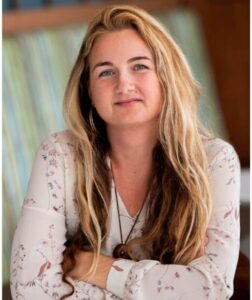 I still recall the day I received the invitation to participate in the 2nd annual CCAD. The invitation came with the intriguing opportunity to propose an “out of the box” Alzheimer-centric project. As a translational neuropathologist whose research focus is on atypical AD, “out of the box” could be my middle name. My research centered on unexpected neuropathologic patterns of AD. I became fascinated by observations of relative hippocampal sparing during postmortem evaluation of individuals presenting with non-memory forms of the disease. Using an innovative mathematical approach, I objectively classified neuropathologic subtypes of AD based upon the expected Braakian patterns of neurofibrillary tangle pathology in the hippocampus and cortex in typical AD. I discovered two atypical forms termed hippocampal sparing AD and limbic predominant AD. My CCAD proposal outlined an integrative neuroimaging and neuropsychology study that sought to reveal “noise” associated with atypical forms of AD as biologically meaningful. My goal was to push past the construct of AD as a homogenous clinicopathologic entity. In all their glorious wisdom, the CCAD leadership had a eureka moment and instead recommended I reframe my research in the context of genetic underpinnings based upon my preliminary data demonstrating striking differences in APOE ε4 genotype and MAPT H1H1 haplotype. This recommendation and subsequent funding set me on a path that has been exciting, daunting, and too many other gerunds to count. The goal of the project was to leverage the selective vulnerability of the hippocampus among AD subtypes to uncover gene expression changes that track with quantitative measures of pathology.  This provided me the foundation to discover disease-relevant targets for future functional and translational studies that may have otherwise eluded me. Following this award I received the highly competitive Gerstner Family Career Development Award that in combination with CCAD protected enough of my time to successfully compete for an R01 dedicated to studying heterogeneity of AD. Embarking in a new technological direction is fraught with difficulties in the current infrastructure built for researchers.

You have to have enough papers to substantiate your ability to pursue the questions, but you have to have enough funding to pursue the questions to get the papers to pursue the funding. This is an ouroboros-based cycle that can lock early career researchers into a potentially blunted research trajectory. Through the generosity of the CCAD program and opportunities provided by the Alzheimer’s Association Research Grant program, I found a way out of the cycle. It has been a long road, but what started as a short detour has culminated into exciting discoveries that we recently submitted for publication. To date my research program has earned 4 million dollars in grant funding enabling me to recruit a stellar group of scientists and program coordinators to the Murray lab at Mayo Clinic Florida. With the support of my team and multi-disciplinary collaborations I have published nearly 180 papers dedicated to neurodegeneration with a focus on AD and related dementias. CCAD not only opened the door to a new avenue of research, but prepared me for NIH-style study section and introduced me to colleagues that I may not have met otherwise. Thank you for the opportunity to share my experience and the generous nudge to science past my comfort zone.